MOTHER GROOVE is a Canadian Band that has been active/full time since 2005. Serving up its brand of Top 40. Dance and Classic Rock consistently in Canadian Night Clubs, Casinos, Festivals, Corporate Events, Private Functions, Fund Raisers, Weddings, and wherever good times and good music are served up!

Right from the get-go, MOTHER GROOVE earned a reputation for being consistent and versatile. Thanks in large part to Lead Singer Christy Neveu’s force-of-nature ability to sing almost anything, be it male or female. CHRISTY got her start at a young age. Introduced to music/singing by her Parents GAIL and LIONEL, she would find herself singing Jingles for Canada Safeway, the Brick Fine Furniture before she was a teenager!! Born to sing and perform!!

This coupled with MOTHER GROOVE’s Musical chemistry and its individual players abilities to cop any genre or feel has given MOTHER GROOVE a distinct edge in a very competitive market. ABBA TO ZEPPELIN….That’s right! MOTHER GROOVE has played everything from Abba to Zep. In fact, MOTHER GROOVE’S stellar medley of Led Zeppelin songs has been a proven showstopper since day one.

Rounding out the pack is Drummer ALEC FRIESEN. ALEC brings a lifelong passion of drumming to the stage at each performance. ALEC’S resume includes TOURING with Canadian icons STREETHEART featuring KENNY SHIELDS. As well as playing with past members of the legendary GUESS WHO, and ORPHAN/PUMPS Singer/Song writer/Producer CHRIS BURKE-GAFFNEY. Collectively this makes up MOTHER GROOVE.

Whatever the occasion, MOTHER GROOVE is your Band 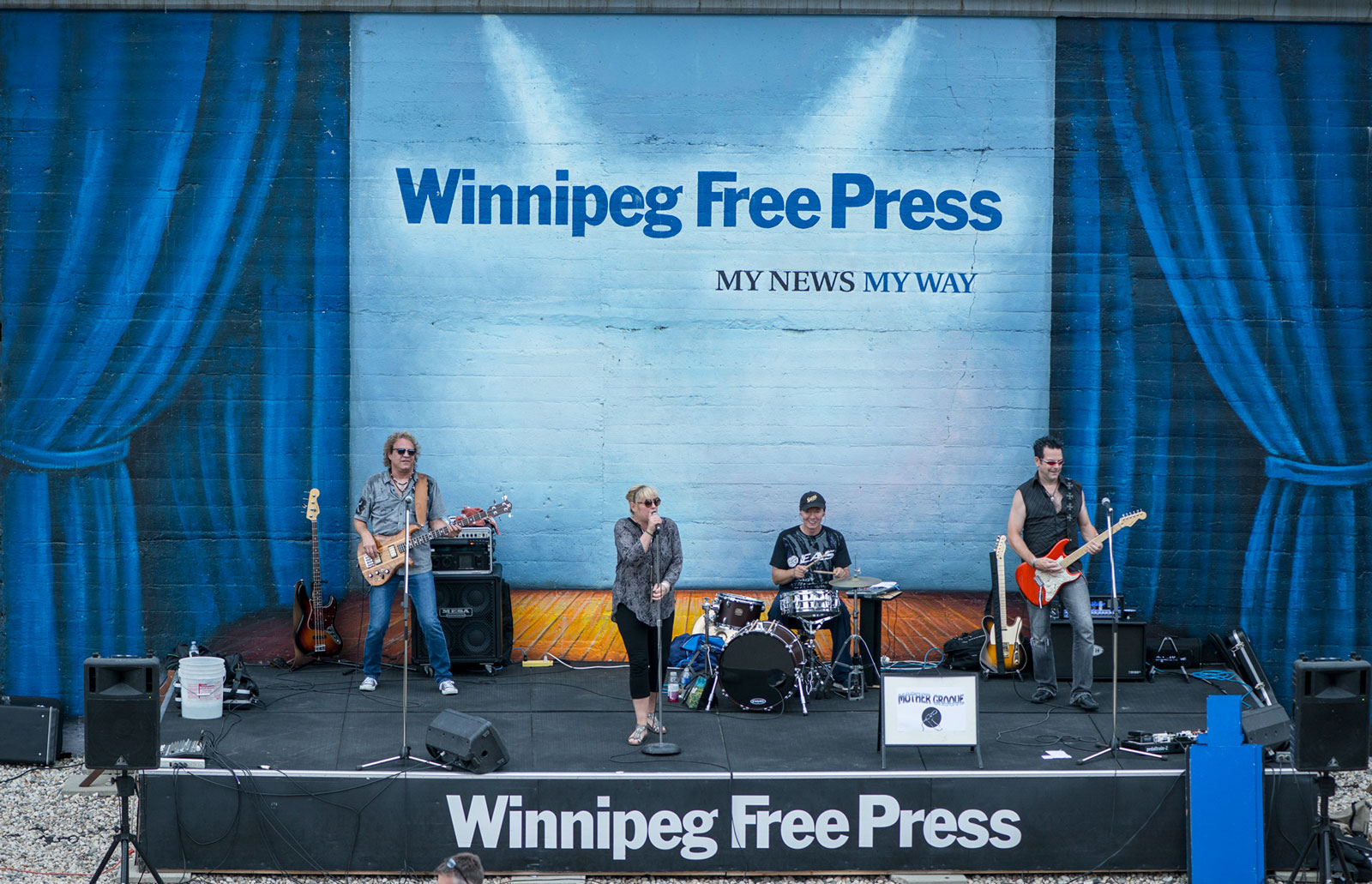